So, last month this happened. 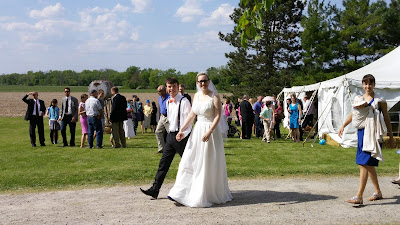 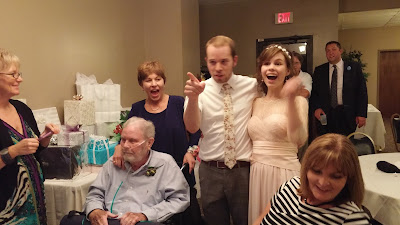 Those are my first and second sons, with their brides.

Just four years ago we were a full-time family of six.

I am discovering some unexpected consequences.

Saturday I cooked one pound of spaghetti and one pound of ground chuck with sauce. We had leftovers. (Two pounds of pasta was long the standard around here.)

Even after I cut up five or six of the rattiest towels, all of my bath towels do not fit on their shelf in the linen closet. Fewer people equals fewer showers equals fewer towels hanging or in the laundry at any given time.

We don't have room for all of the glasses in the cupboard when they're all clean. See towels, above.

I was a mother of four-at-home--and my husband was mostly around--for over 15 years. I have lived with my three teen and young adult sons during the weeks, adding my husband on the weekends, for the last four years. I don't know how to cook for two or three people. I don't know how to manage a small household. The last time we were a household of three was almost 25 years ago.

This is going to take some getting used to.
Posted by Jane at 10:46 PM 3 comments