I wrote back in the fall about my frustration with the lies liberals tell about those with whom they disagree about health care. It is true in other areas, but seems magnified in that discussion.

It hasn't gotten any better. As the Democrats continue to try to push through their monstrosity of a bill, against the will of the American people, their defenders get more angry. They continue to call conservatives selfish, greedy, and stupid. They continue to make it sound like this bill is the only chance to make changes in our health care system. But they refuse to engage in a logical, reasonable discussion about the facts of our health care system and the ways that the proposed legislation does or does not address them.

In response to facts about the current system, they respond with anecdotal sad stories. "People are dying!" But the fact is, people die under every health care system, and will continue to die, whatever reforms may come. That's part of life this side of Heaven. Stories aren't facts. As part of this same tactic, they assume that those who disagree with them have never experienced poverty, an illness without insurance, having to go without treatment, or other elements of the stories they tell. They are wrong.

In response to arguments about the specific problems with this plan we get cries of "Selfish!" or "Talking points!" Of course, if they would READ the bill they would see that some talking points are true. If they would be open to the reality that some of the "facts" that whirl around in the media echo chamber are, in fact, false and would look beyond the Huffington Post, Daily Kos, MSNBC, and NY Times for their "news," they might learn that all is not as they have believed.

Because that's what we're dealing with, in many cases. Belief. A nearly religious belief in the truth of the claims of the sages of the left and the rightness of ramming through THIS legislation no matter the cost to our society. They don't care about the evidence from studies that refute many of the tenets of their faith about who the uninsured are, how their health is impacted, and what the many factors in the high cost of health care are. They don't care about the facts behind the numbers in the widely touted World Health Organization rankings. They don't care about the many economists and experts who agree that this plan leaves many fundamental issues untouched and creates new problems. They refuse to acknowledge the problems endemic to many government run health systems.

They're like children sticking their fingers in their ears while yelling: "Selfish!!" "Partisan!" "Stupid!" "Insurance companies!" "Teabagger!" and always when they can't come up with anything else, "Well, BUSH...."

I've nearly given up on trying. The frustration of trying to discuss with people who refuse to even address facts is almost too much. And yet, this is too important to give up. If even one person who is wavering actually looks at the facts, then it won't have been in vain.

Postscript: This doesn't mean that I don't believe that there are liberals with well-thought out ideas and arguments for them. I'm just not seeing any of them.
Posted by Jane at 1:18 PM 5 comments

I read the book Second Nature by Michael Pollan and did a very rudimentary review of it, but here's a better review by my friend RPW.
Posted by Jane at 8:25 AM 0 comments 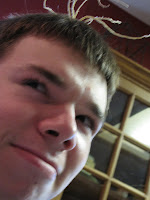 I keep having ideas for blog posts, but they come at the most inconvenient times and fly away before I can write them down.

Maybe it's because I am spending so much time in the car. Hours, every day, spent in driving or sitting and waiting for Jonathan while he rehearses for one of his two upcoming musicals.

Maybe I can't hold onto a thought because I am too tired. Brain-fuzzed. I've been getting too little sleep and too little good, nutritious food. Being home only to sleep will do that.

And then when I do have a bit of time at home, I'm not likely to use it to blog, or even check Facebook. I use it to cook something that everyone can eat while I'm gone, or to clean just a bit to hold the ever-encroaching chaos at bay.

Is it worth it? Probably so. Jonathan is having a huge amount of fun, especially rehearsing for Joseph at the Civic Theatre. He's also getting a lot of experience and making more connections. When we are working on college applications, he is going to have a lot of varied singing experience. And it's just this intense for a couple of months.

I am signing him up for Driver's Ed as soon as this is over.
Posted by Jane at 8:24 AM 2 comments

The one good bit

So, I'm reading my second disappointing book in a row. My biggest problem with this one is that although it's good enough, it isn't telling me much I don't already know. When I read history I want to gain some new insight or learn something new. And it seems a bit repetitive. But there is one gem that I've discovered in the book:

"They lived a cloistered, segregated, and selfish life, much like Ivy League professors today."

(And, I dare say, other liberal elites.)

Book: The Last Knight: The Twilight of the Middle Ages and the Birth of the Modern Era by Norman Cantor
Posted by Jane at 10:43 PM 1 comments