If you're part of the homeschool community you have probably heard by now of the hatchet job Good Morning America did on unschooling. If you haven't seen it, you aren't missing much. It was of  the low quality that we have come to expect from the mainstream media. Of course unschoolers have, as you would expect, reacted with all kinds of posts about, and defenses of, unschooling.

I have heard that GMA did a bit of a backpedal show the next day, but I have no desire to see it, so I won't address it here. And since I just wrote four posts last month more-or-less about unschooling, I am not going back over all of that ground.

There is one thing, though, that I keep seeing in attack after attack that I felt the need to address. I quote from the Sun-Times piece:
"In contrast "unschooling" means no textbooks, no curriculum, no tests, no grades."
Um. No. Not even close.

Maybe, in some families, but certainly not in all. In many, like ours,especially as our children get closer to adulthood, they choose to use textbooks. Our sons have chosen to use some curriculum. They have chosen to take some classes in which they are tested and graded. This has all been their choice in pursuit of their goals and interests. My two oldest took the SAT. Last time I checked that "T" stands for "test."

The knee-jerk negativity to the outside-the-boxness that is unschooling is not surprising. But you'd think that if people are going to criticize they would at least get their facts straight.
Posted by Jane at 8:46 PM 6 comments

I'm almost embarrassed by how much I'm looking forward to this book. I love Jen Lancaster. Maybe it's because we are of about the same age. Perhaps it is the glimpses of familiar places and situations in her mid-western life. Or it could be that we both love to shop and eat and are basically lazy. But I think the most likely reason is that her books make me laugh out loud.
Posted by Jane at 4:56 PM 2 comments

The stories she'll have to tell her kids...

Some of you know that I am the oldest of a bunch of cousins, 16 of us to be exact, and that I have cousins the age of my oldest kids. One of the Bethany's-age cousins is working at an orphanage in Uganda for couple of months and has been having all kinds of interesting experiences, but I think that the most recent one qualifies as one of those adventures most of us will, fortunately, never have. At least I don't think it's likely that I'll ever be arrested in Uganda.
Posted by Jane at 3:24 PM 0 comments

Last year I posted about wearing our hats to church on Easter. A picture of the ladies from Redeemer was in the local paper, and then later there was an article in The Lutheran Witness. It has been fun this year to see friends at other churches talking about getting women to wear hats, and to hear from former Redeemer members who took the hat-resurgence to another congregation with them. Here's a post from one friend who has started the tradition at her church.

We wore ours again this year. I hope to have a picture of all of us soon, but until then my favorite from the day (thanks to Nancy Nus): 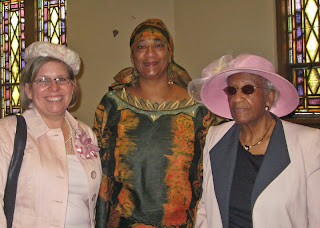 We've heard, ad nauseum, from the echo-chamber media about those horrible, nasty racists shouting epithets at the congressmen passing through the crowd on Obamacare Sunday. And yet, two weeks later, still no proof that this happened, in spite of a multitude of recording devices. So were they faking?

They are not likely to give up. Marginalizing conservatives, and especially the Tea Party movement is too important to their plans, and this has long been their go-to accustion. But at the same time, there seems to be a bit of attention being given--finally--to who Tea Partiers really are. No surprise to those of us who've attended a Tea party or two, they look a lot like America.

Racism is evil. There is no other word for it. And using race--or the threat of being called racist--as a club to beat your opponent into submission, is a dangerous game. I believe that those on the left who continue in this path are not only giving cover to real racists but are also, in a very real and sick way, feeding their hate and encouraging them.
Posted by Jane at 7:48 PM 0 comments

I love this kid. 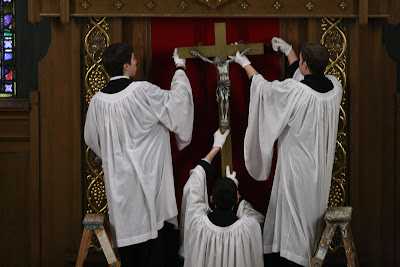