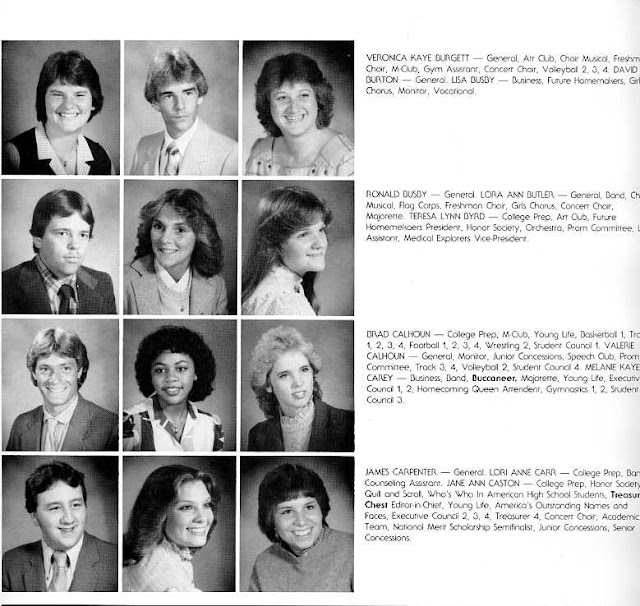 This Saturday is my 30 year high school reunion. I am unreservedly looking forward to it. Facebook is largely responsible for this.

I didn't go to college with any of my high school friends and didn't really stay in touch with anyone, with the exception of a couple of guy friends. I was in contact with them during college and sporadically thereafter, but other than that, in the pre-Facebook world, I knew very little about what anyone from my class was doing. Once in a while I would hear a bit of news about a death, a divorce, or a promotion if my parents or in-laws knew the family, but I had moved away and, with some relief, had pretty much left Anderson behind.

A couple of times in the past I tried, out of a sense of obligation as a class officer, to pull together a reunion with varying degrees of success. But I really didn't want to be there. Then Facebook came along. I joined in January of 2007, a few months after FB opened up to anyone. I had a college-aged daughter who was on and encouraged me to join. I loved it. I had been living my social life largely online since 1996, so this was just an extension of that for me. It wasn't until a year or so later that I began connecting with people from high school. It has been great. I have really enjoyed getting to know people that I only knew slightly in school. I have enjoyed getting to see photos of the children of friends. I have loved reconnecting with my dearest friend from elementary school who I grew apart from in high school--after I lived out of state for a number of years and moved back--but always admired for her faith and her solid sense of herself.


The people who will be there are a mix: some of my best high school friends; people who I didn't know well then, but have gotten to know on Facebook and really look forward to seeing; and even a couple of people that I didn't know at all. I wish more of our class was going to be there. Only about a sixth of us will make it. We've lost what feels like a substantial number of our classmates to death. There are more that we've lost track of. Many, seemingly most--like many of my post-high school friends--have no desire to be there.

But I am looking forward to it.